My roots.
I was simply not lucky with this case: no national oppression and no connection with the proletariat. 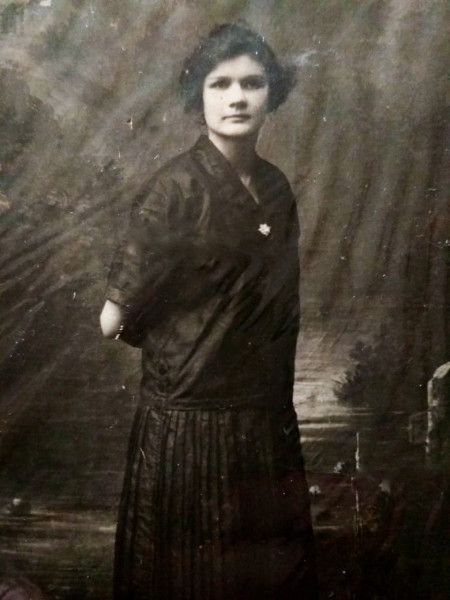 My mother, the dark-haired beauty Maria, was born in Astrakhan into a tannery family affairs of the master Vasily Khopersky, whose ancestors came from the Khoper River. 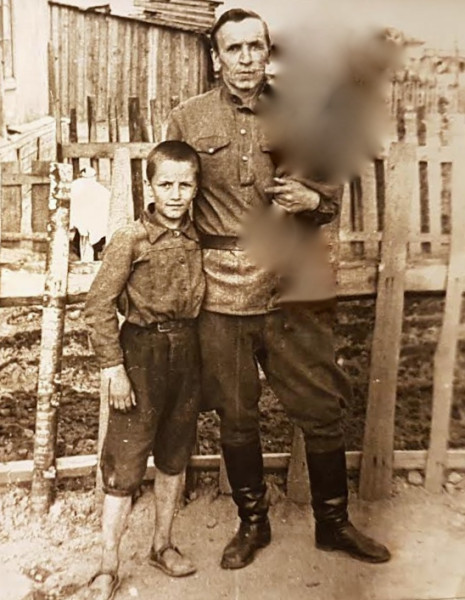 My father, Dmitry Ryndine *, belonged to a family of small merchants in the village of Poim, Chembar county, Penza province.
--------
* - Ryndin(-е) from Rynda.
Rynda (possibly from Middle-Lower German ridder - knight) - squire-bodyguard of the Great Dukes of Moscow and Russian Tsars of the XIV-XVII centuries. 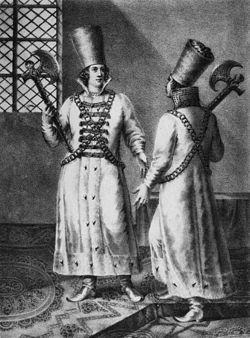 There were many Ryndines on Poim, but the street was also assigned to my father's family  - the Hussars **.
-------------
** -  A hussar ( Polish: huzar, Hungarian: huszár) was a member of a class of light cavalry, originating in Central Europe during the 15th and 16th centuries. 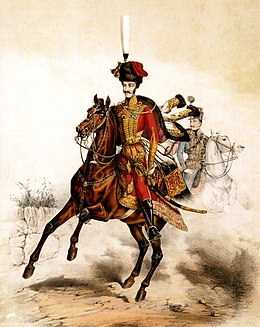 Thus, both the Ryndines  and the Hussars are a fighting people. Probably, due to the call of the blood of his warlike ancestors, my father enrolled in the troubled years of the civil war in the school of red commanders.
However, Russian hussars are known for their valor not only on the battlefields, but also at feasts.
It was this part of his father's hereditary gene that destroyed his brilliant military career: for a drunken fight with
as a country priest, he ended up in prison.
Hunger drove my mother and three children out of Poim to look for work in Moscow.
Father appeared later, he conceived me, and soon he was drafted into the Red Army, with which he went through the whole war.
With the approach of the Germans to Moscow, my heroic mother with four children again changes her place of residence - she was sent to her husband's homeland in Poim, where my sisters and brother worked for
collective farm fields for a hungry ration.
Looking for additional food my mother walked around the surrounding villages and villages with a manual sewing machine on her shoulders.
From the drunken stories of my aunt Maria:
- Your mother, for a piece of bread, walked many miles through dirty spring roads, sometimes waist-deep in icy water.
All of the above is information from oral family chronicles.
And my self-awareness begins with fragmentary pictures of life in Moscow:
... among which the brightest were the fireworks and the whirling of searchlights in the dark sky on the day;
... the appearance in the doorway of a well-groomed and shaved man with soldier's overcoat in his hands - the father's return from the war...
The ancient village of Kozhukhovo, standing on the high bank of the Moskva River, was built up barracks with multinational inhabitants - Russians, Gypsies, Jews ...
In the year of graduation, our barracks were scrapped, and we got a fabulous room in a communal apartment of a new large building on University Prospekt, on Lenin Hills. Toilet, bathroom with hot water, garbage chute - it was almost communism.
In the same summer of 1957, an international festival of youth and students was held in Moscow, after which
I sat down at the textbooks to prepare myself for university entrane examinations.
The entrance competition at the  Medical University in 1958 was large: one place seven applicants applied.
I didn't get one point for admission to the university, but I was admitted to a Moscow nursing college.
The first lesson in the nursing college was microbiology, where the smartest Anna Aptekar not only opened for me the magic book by Paul de Kruif "Microbe Hunters", but also predicted my future:
- Well, you certainly won't stop at nursing college!
My old and sick parents barely earned a meager piece of bread with elevators operators of our building.
To survive I had to work  as a night paramedic in the 1st Moscow Hospital, where the same failed medical student Grisha Zeitlin taught me how to wash floors.
On our first joint duty with Grisha, a middle-aged therapist, a fat-lipped Jew tried to kill the dream of medicine in us:
- Why are you going to medicine, guys? I wouldn't go for anything now ... Everyday I'm making  morning  wards round and I think to myself - this one will die ... and another one will die ... and that one will die ...
In 1960, I was drafted into the army and sent for training in a millitary paramedic school in Riga.
After completing the training, we completed an internship in the fabulous city of Tallinn.
Then there was a year of service in the war-torn Konigsberg, where chestnut avenues, I went to bow to the grave of Kant, about whom I knew little earlier.
Later in the ranks of the freshmen of the Naval Faculty of the Military Medical Academy with sailor burnouts on the cobblestonesst of Lebedev street  at the Finland Station and wrote  letters to my mother:
“Dear Mom, I’m not sure that I’ll become a professor, but I’m definitely a doctor of medical sciences I will..."
In the Leningrad academy , my trip to Africa began: this was embodied in the appearance at the academy of a group of military cadets from Ghana, the very first African country to free itself from colonialism. We made friends with the messengers of the mysterious continent.

On one of the warm days of the golden autumn, Leningraders were surprised by the appearance on the waters one of the many canals in the city of an eight-oared yala with lilac blacks in the role rowers and a white kid in a peakless cap, singing the words of the command: “And once! And two!" 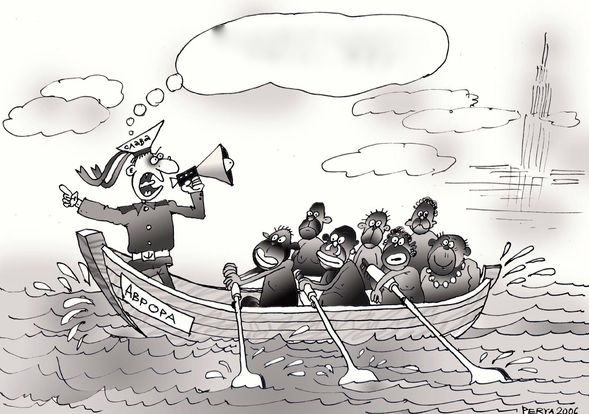 We somehow got to the Bolshaya Neva, on a fast current and high waves I bit struhnul:
"They drown me, black devils!"
My communication with Africans was reported to the head of the secret service of the academy, which was satisfied with my explanation of the interest in English speaking guys:
- I'm learning the language.
- Come on, come on, go on - you will help us identify among them English scouts.
- I will try, Comrade Colonel!
I tried ... One day my friend Vadim Sazonov and I went to visit the Ghanaians.
The meeting ended with a big booze. 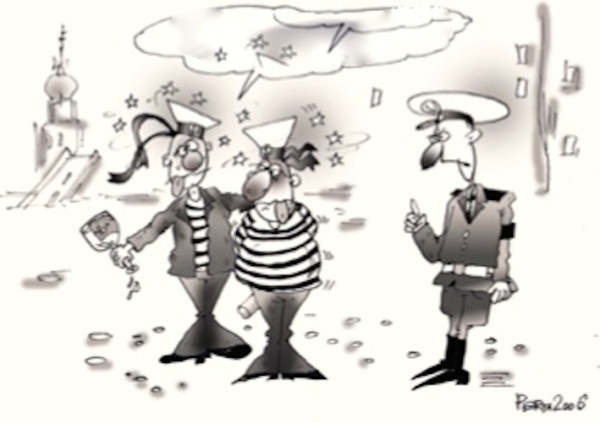 On the way to the guardhouse, we were stopped by a patrol of officers of our academy:
- Where are you coming from, comrade cadets?
- Yes, we here, you know, identified English spies ...
Me and Vadim Sazonov were kicked out of the Komsomol and the academy with a bang.
A year later, I came to the rector of the 2nd Moscow Medical School with a request to accept me for the third year of the Faculty of Medicine.
- For what was kicked out - for drunkenness?
- That's right, comrade professor!
- Our man! I'll take you, come on the first of September.
In the crowd of third-year students, besides me, there was another newcomer - a tall, thin and a pale guy with a black curly beard and dark glasses.
- I am Slava Ryndine. Where are you from?
- From Angola. Antonio  Jose Miranda.
Anony and I became friends, began to do surgery together with the assistant of the department B. Savchuk. (Since 1976 Boris Savchuk was a scientific director  of surgery at  Moscow Kremlin hospital. Died in 2004) 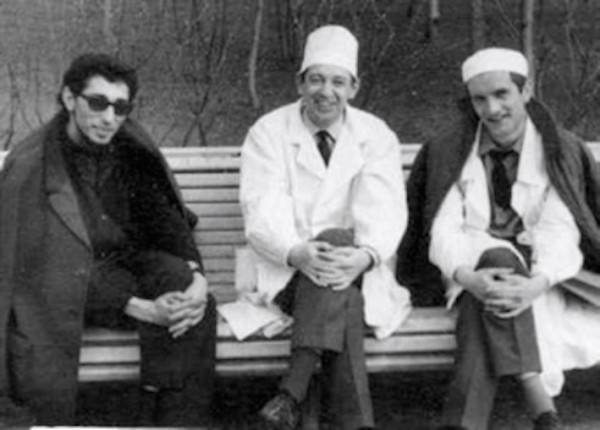 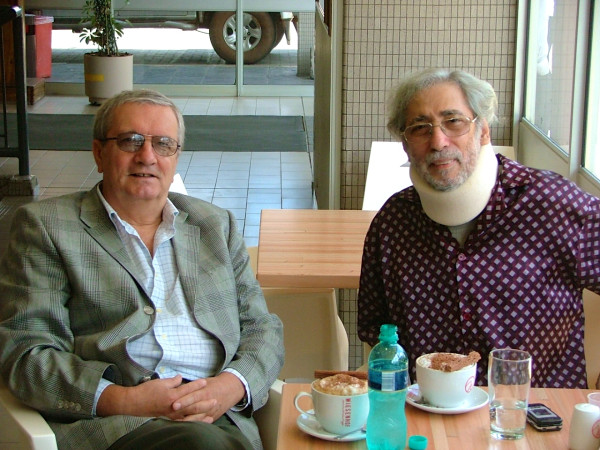 Many years later: Antonio Tose Miranda, General of the Medical Service of the Army of Angola -
(Unitas Hospital, Pretoria, 2010)
At the commission for the distribution of graduates of our course I was noticed newly-made head of the department of thoracic oncology at the Herzen Research Institute of Oncology Anatoly Pirogov.

Led by this man for five years I learned several operations and defended my PhD  degree.
With this meager baggage, I was lucky enough to get a job as a doctor.
Soviet Embassy in the Republic of Niger.
In September 1974, the door of an Air France Boeing opened and I burned my lungs with the hot air of the Sahel and stepped on the red earth, greeting me with the exclamations of street boys: 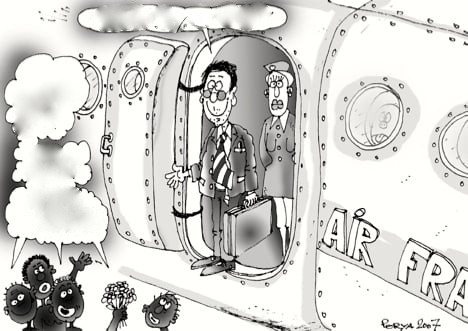 - Bonjour, Monsieur le doctor! Bon arrive!
I rolled into each of the three boyish palms outstretched to me, 100 - francs coin.
Lord, I am not "a mother fucker!", I am a monsieur! ...
Oh God, I love this land - I am ready to live on it all my life! 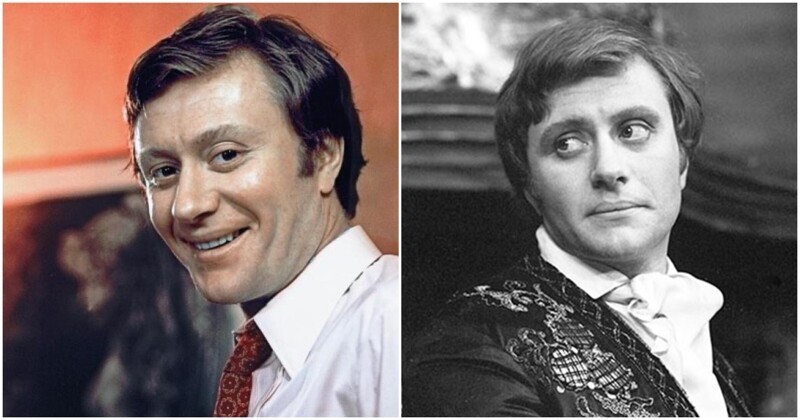 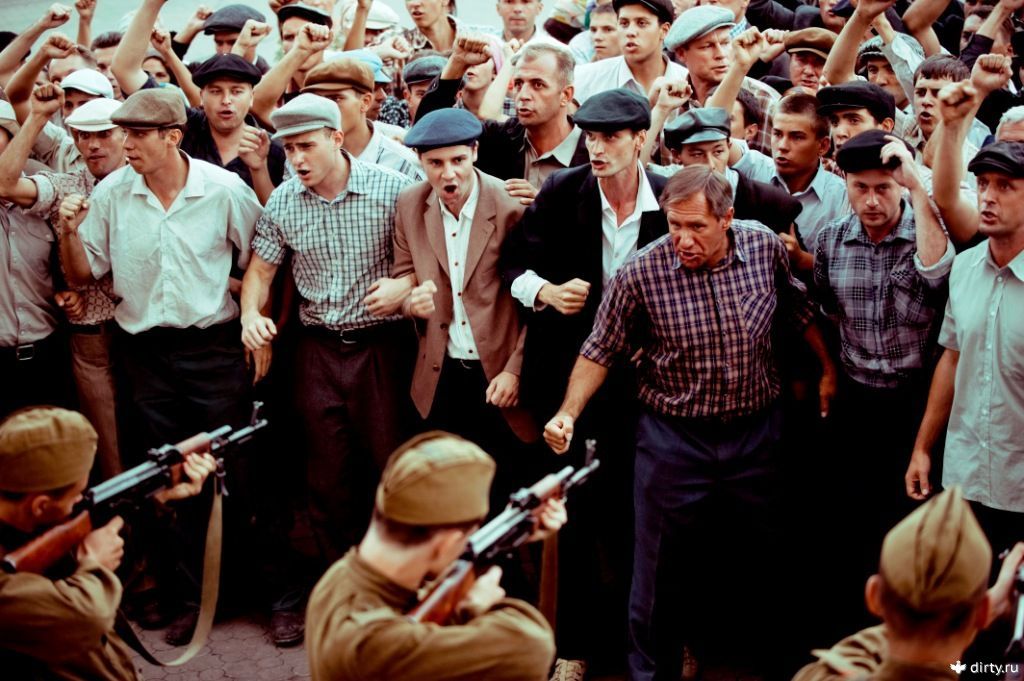